Myth or Fact: Are Kidney Stones As Painful as Childbirth? 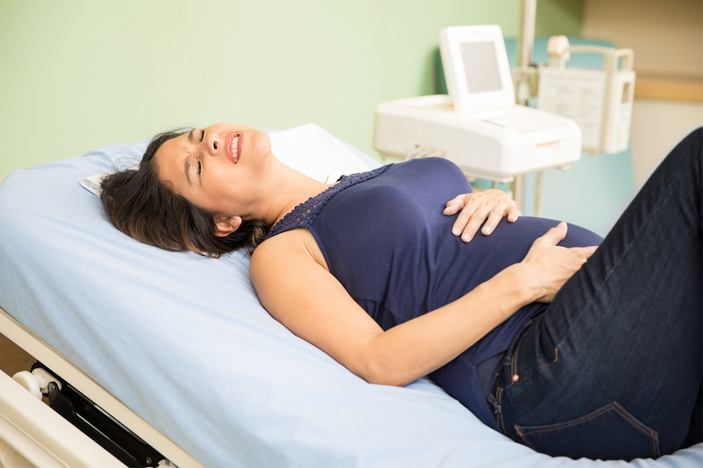 It has been said that passing a kidney stone is the closest a man will get to experiencing the pain of labor and childbirth. But, is that true?

Sure, there’s heavy breathing, moaning and pain involved. But, is having a kidney stone comparable to giving birth?

As it turns out, there’s no cut-and-dried answer. Kidney stones can range in size, from a grain of sand to the size of a golf ball.

“Kidney stone pain can be very severe, and many patients report it as the worst they have ever experienced,” according to Mike Nguyen, MD, a urologist at USC Urology of Keck Medicine of USC and associate professor of clinical urology at the Keck School of Medicine of USC. “But, how does this compare to the pain of childbirth? It turns out that the reported amount of pain in both situations is almost identical.”

Nguyen points to a Scandinavian study from 1996, in which 70 first-time mothers rated their worst pain during labor as being on average between seven and eight, on a scale of 1-to-10, with 10 being the worst pain imaginable. Mothers with multiple childbirths, who often have a slightly easier experience, rated their worst pain as six to seven.

“When we recently surveyed 287 kidney stone patients in 2016, they rated their worst pain as being very similar to that of childbirth, with an average pain score of 7.9 out of 10,” Nguyen says.

The pain associated with kidney stones can vary greatly, as smaller stones often can get passed through the urine without you realizing you even had one, while larger ones can be excruciatingly painful. Also, different people experience pain differently, and what may be intensely painful for someone else may not even be a blink on the pain radar for you.

Symptoms of kidney stones, according to the National Kidney Foundation, Inc., include:

What makes kidney stones so painful is that they block the flow of urine from the kidney. When urine gets backed up, it can create waves of pain and cramping in a similar effect to labor contractions.

That brings us to a bigger myth about kidney stones: Only older men get them. It’s true that men are more likely to have kidney stones, as men have about a 10% chance of having them in their lifetime, while a woman’s risk is closer to 5%. But, a recent study in Clinical Journal of the American Society of Nephrology found that the risk of kidney stones has increased by 16%, from 1997 to 2012. In particular, the risk increased for women, children and African Americans; and for people aged 25 and younger, who get kidney stones, women actually outnumber men.

Doctors are working to uncover why colon cancer numbers are increasing in people under 50. Here’s what you need to...
Read more

10 Blood Pressure Myths and Facts You Need To Know

What Is a Normal Body Temperature?

It’s 98.6 degrees Fahrenheit, right? Not necessarily, and here’s why that matters. If you’ve ever taken your temperature only to...
Read more

Whether you’re a current or former smoker — or if you’ve never smoked at all — here are essential lung...
Read more
navigate_before Previous navigate_next Next
calendar_todayRequest an Appointment phoneCall Us: (800) USC-CARE searchFind a Provider placeFind a Location