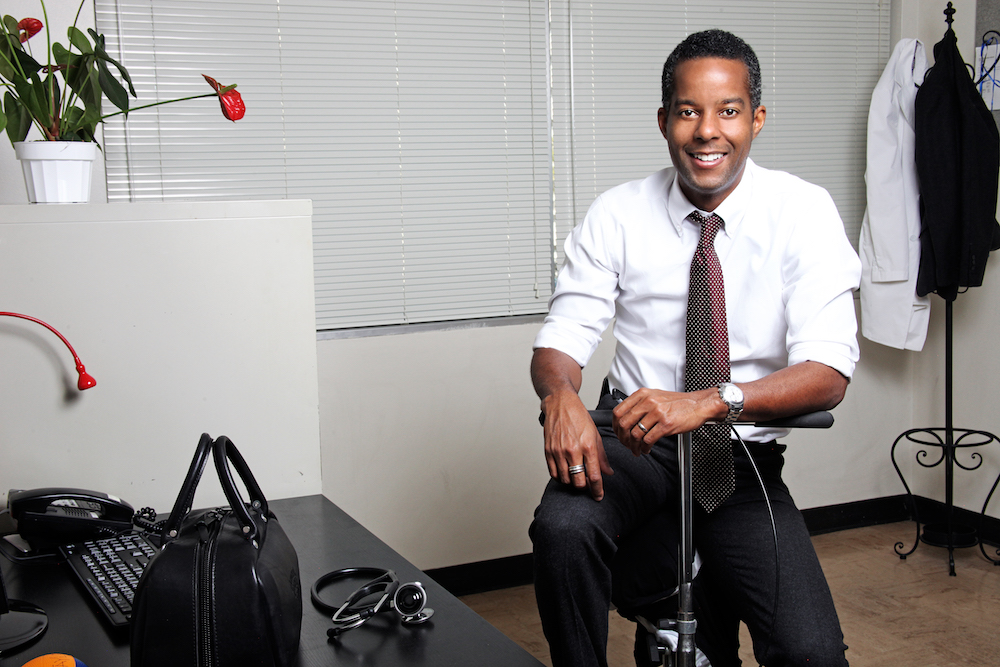 Gregory L. Taylor II, MD, is a medical director at Keck Medicine of USC, who specializes in geriatric and internal medicine.

He is well traveled.

“I grew up here in Los Angeles in Leimert Park. My dad is a minister, and we moved around a little bit. I spent time in Boston and the suburbs of Atlanta as a young person. I went to college in Atlanta and attended medical school in Washington, D.C. I lived in Shanghai for 2.5 years, Spain for a year and Germany for a month, so I’ve done a lot of traveling.”

Growing up, he wanted to be an astronaut or politician.

“I think if I were not a physician, I would either go back into the field of science, to study space stations, or I would go into politics. My first thrust, in terms of a career, was to be an astronaut. I thought that was the coolest career. Later on, in high school, I would watch C-SPAN to see members of Congress discuss legislation. I thought governing would be a great thing to do.”

“Before I came to USC, I worked in Atlanta. I saw what happens to people when they have a lifestyle that does not allow them to stay physically fit. I saw a lot of chronic disease and many young people dying from illnesses such as heart attacks, stroke, heart failure and kidney disease — all of which are mostly preventable conditions and hard to reverse once they set in. I wanted to be a part of the solution, by helping to prevent these diseases from happening to my patients.”

He never rushes his patients.

“I always tell my patients that the more they tell me, the better I can serve them. The primary care physician has to be someone who adds value to people’s lives not just by diagnosing diseases but by working collaboratively with them toward a healthy lifestyle. I love telling my patients that they are on the right track, so I ask them about their goals, and I encourage those goals.”

He is inspired by entrepreneurs and innovators.

“Business leaders inspire me for their tenacity and ability to start something from scratch. That includes anyone from Henry Ford to some of the new entrepreneurs, such as Facebook founder Mark Zuckerberg. These people took an idea and manifested it. In terms of medicine, I look to some of my former professors, as well as some of the people at Keck Medicine, for inspiration.”

His time in Shanghai made him fearless.

“My time in China influenced my worldview. I was just out of college, and the experience of being there and having to learn another language changed me. Overcoming that challenge later motivated me to learn Spanish. I just couldn’t stop there!”