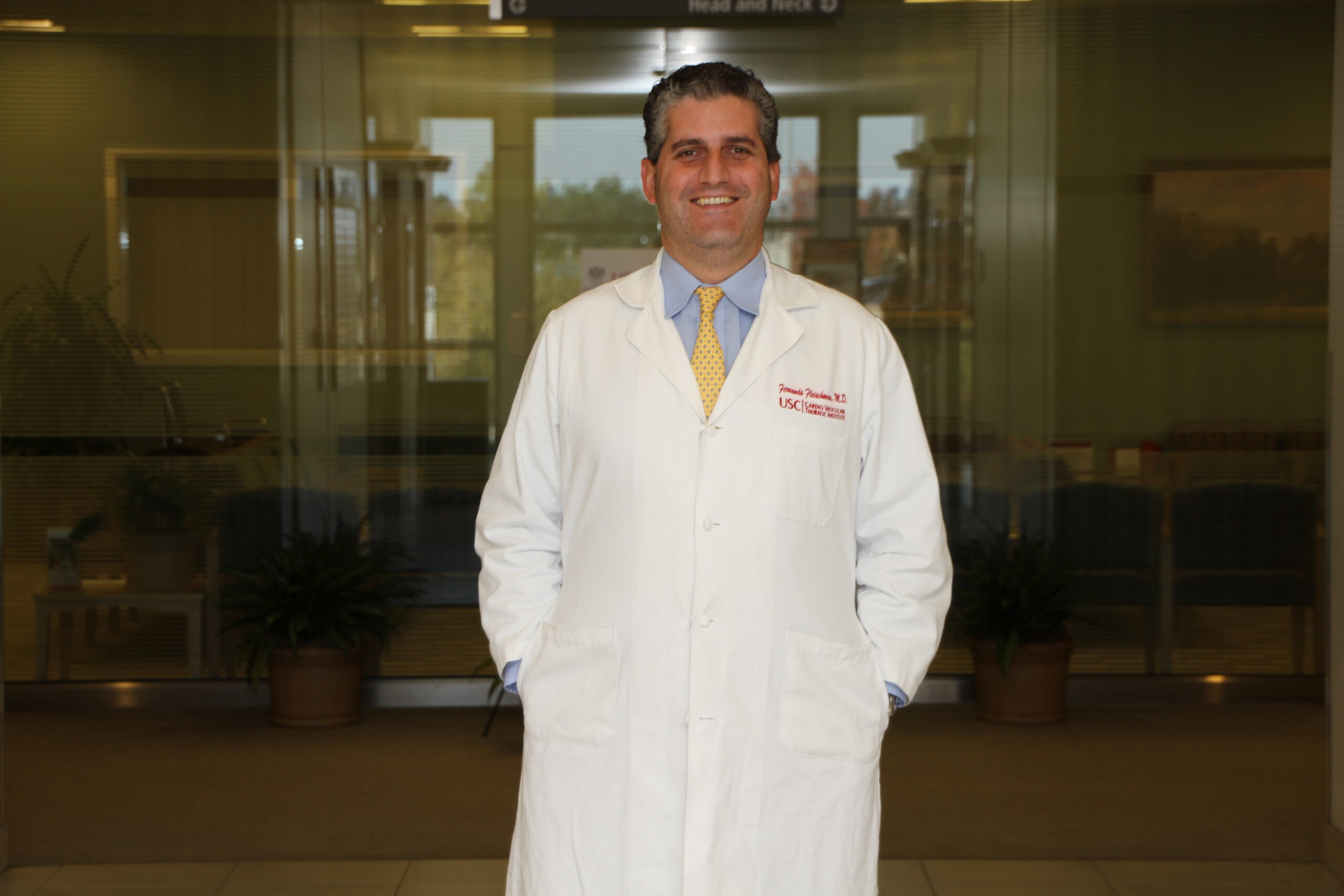 Dr. Fleischman, MD, is an endovascular surgeon at Keck Medicine of USC, who specializes in treating a variety of aortic diseases including aneurysm, dissection and genetic disorders.

“I like soccer, because it’s a fast-paced, thoughtful game. I like that it’s a team sport — if one member of the team fails, the entire team fails. My favorite team is Real Madrid, and my favorite player is Xabi Alonso. I go to eight to 10 soccer games a year, and I see a game once every year in Madrid. My wife is from Madrid, but even if her family wasn’t there, I’d go to Madrid once a year to see the team play.”

He is fascinated by history, especially World War II.

“World War II was cataclysmic, apocalyptic. It was the good and bad of many people. So much happened in that nearly 10-year period. It was impressive how the world was changed by that war. The Eastern bloc and Western bloc were decided from that war, and most of the wars that came after it were based on that war.”

His interest in science led him to become a doctor.

“I decided to be a doctor, because I was always fascinated by science but wanted to have a human connection. Medical science provides me with the best of both worlds. Working with people every day and seeing them get better is the motivation to keep going.”

“I preferred the complexity of cardiac surgery. You can change a person’s life very quickly in cardiac surgery. If you do it right, the patients go on to live happy, healthy lives. There’s nothing better than that.”

He loves to travel.

“My parents are traveling folk. They take three or four trips a year, and, when we were young, they took us with them, whether school was in or out. My wife is a big traveler, too. My favorite cities are Paris, Madrid and Seville. I also like Cádiz, which is on the coast of Spain and has an island feel to it.”

He is impressed by the people of Puerto Rico.

“I went to medical school in Puerto Rico. I like the people. They are friendly and kind. They will stop in traffic to give you directions and help you get to where you need to go. They are never in a hurry. If they are late to a meeting, the meeting doesn’t happen sometimes. They don’t get as much done as we do in America. But there is something to be learned from them.”

Living for more than 30 years in Los Angeles, he doesn’t think it has changed much.

“I moved to Los Angeles from Argentina with my family, when I was three, and grew up in Sherman Oaks. Los Angeles is like 40 villages in one city. Sherman Oaks looks nothing like Pasadena, for example. L.A. hasn’t changed from when I was young. Traffic is exactly the same. It still takes 35 minutes to get from Sherman Oaks to downtown.”