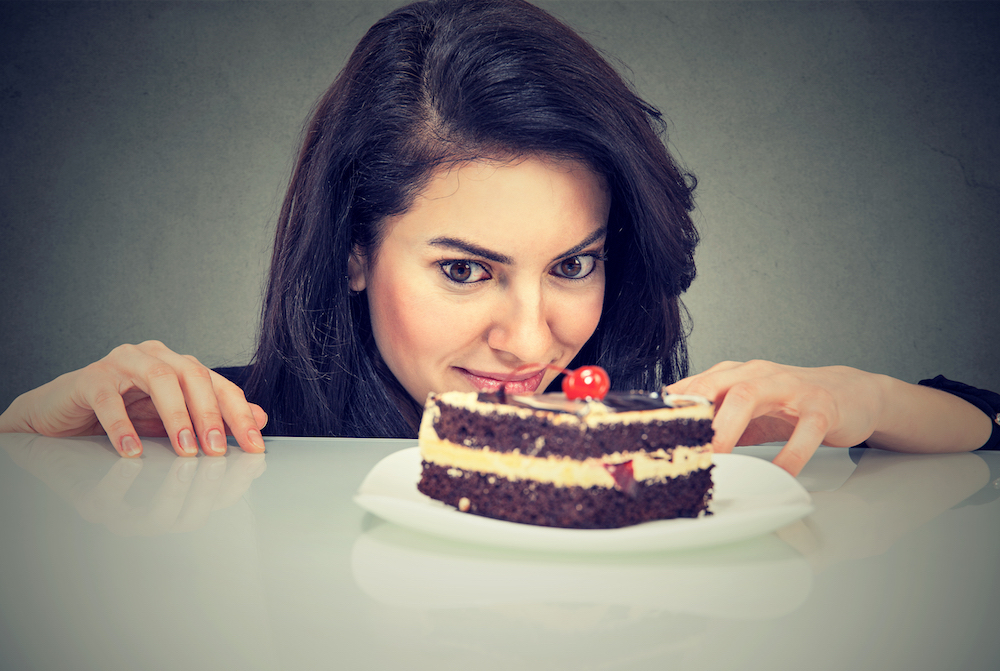 Occasionally overeating will leave you with a bellyache. But if you do it regularly, you risk more serious consequences.

Who doesn’t overeat from time to time? Be it a plate of loaded jumbo nachos while cheering on your favorite team, a celebratory five-course meal or a holiday dinner, if you only overindulge every once in awhile, the adverse effects typically are only temporary.

But if you find yourself binge eating one day a week for a period of three months, you may have binge eating disorder, as defined by the National Eating Disorders Association (NEDA). Binge eating is also characterized by eating in secret, eating even when you’re already full and a loss of control over what and how much you eat.

“Most people would be surprised to learn that binge eating disorder is more than three times more common than bulimia and anorexia combined,” according to Kamran Samakar, MD, a general surgeon at Keck Medicine of USC and associate professor of clinical surgery at the Keck School of Medicine of USC.

Some of the potential health repercussions from binge eating are as follows:

It may come as no surprise that binge eating may lead to weight gain. What may be more surprising is that two-thirds of those with binge eating disorder are overweight. Carrying extra weight brings its own set of health issues, including an increased risk of arthritis, heart disease, type 2 diabetes and cancer.

Binge eating is a double whammy for heart disease. First of all, as previously mentioned, when you’re overweight, your risk for heart disease goes up. You’re more likely to have high blood pressure, high cholesterol and high triglyceride levels, all factors that mean it’s more likely you’ll have a heart attack, according to NEDA. Secondly, if you binge eat unhealthy junk foods, such as chips, fried foods, candy or sweets, these all can adversely affect your heart health as well because of their trans fats, added sugar and sodium content.

If you gain weight from binge eating, you’re also upping your risk of type 2 diabetes, according to a study published in the Journal of Eating Disorders. That’s because binge eating — a pattern that may include eating uncontrollably for about two hours on a regular basis — may disturb your glucose metabolism, according to the study.

Another potential health risk of binge eating disorder is developing gallbladder diseases, according to NEDA. This includes gallstones, which are formed when bile hardens and can, in turn, block the flow of bile through the bile ducts.

Many people who binge eat do it to feel good or get a lift, but rather often wind up feeling guilty about binging, which can in turn make them want to do it again, creating a vicious circle. Gaining weight, too, can make some people more likely to feel depressed or anxious, as they may start to feel badly about they way they look.

If you suspect you may have a binge eating disorder, fear not; you’re not alone. Reach out to friends or family — and help from a mental or behavioral health specialist is only a click away.