The Pros and Cons of Taking Zinc for a Cold 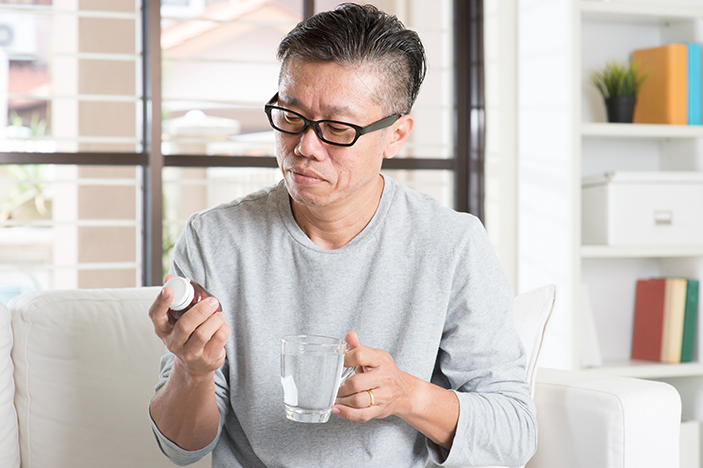 When you’re miserable and sniffling and sneezing, you may be ready to try anything — anything — to make it stop. Or maybe you would do anything to prevent those symptoms from starting. Science weighs in on using zinc to fight and prevent colds.

Runny nose, sore throat, aches and congestion are the all too familiar symptoms of the common cold. You’ve tried chicken soup, decongestant pills and tea with honey, but your cold symptoms still stubbornly persist. Then someone helpfully tells you to try zinc. Should you? Here’s everything you need to know.

Zinc is a mineral your body needs in order for your immune system to function properly, among other things. It’s found naturally in proteins, including red meat, chicken, oysters, beans and nuts.

How does zinc help you fight a cold?

Even though the research on the efficacy of zinc as a cold remedy has had conflicting results, the National Institutes of Health (NIH) suggests that, “overall zinc appears to be beneficial under certain circumstances.” In fact, several studies have shown that zinc may reduce the number of days you’re sick by inhibiting the replication of the rhinovirus (the virus that’s responsible for the common cold).

While your cold may be shorter, that sniffling and sneezing won’t improve in the interim. Plus, some people complain they don’t like the taste of zinc (described as metallic), it can make you nauseous and it may also reduce the effectiveness of any antibiotics or diuretics you may take, cautions the NIH.

If taste is an issue, can’t I just take a pill or use a nasal spray?

The coating that a zinc lozenge or syrup leaves on your tongue and throat may actually be part of what makes it effective; that’s how it comes into physical contact with the rhinovirus. As for that nasal spray, it may make you lose your sense of smell, potentially permanently, which is reason alone not to use it. The United States Food and Drug Administration issued a warning about these products in 2009.

So, what’s the final word?

If you’re able to start taking zinc at the very first signs of your cold and it doesn’t upset your stomach, it’s likely safe for you to use it as a preventive measure. If you have any concerns, reach out to your doctor.