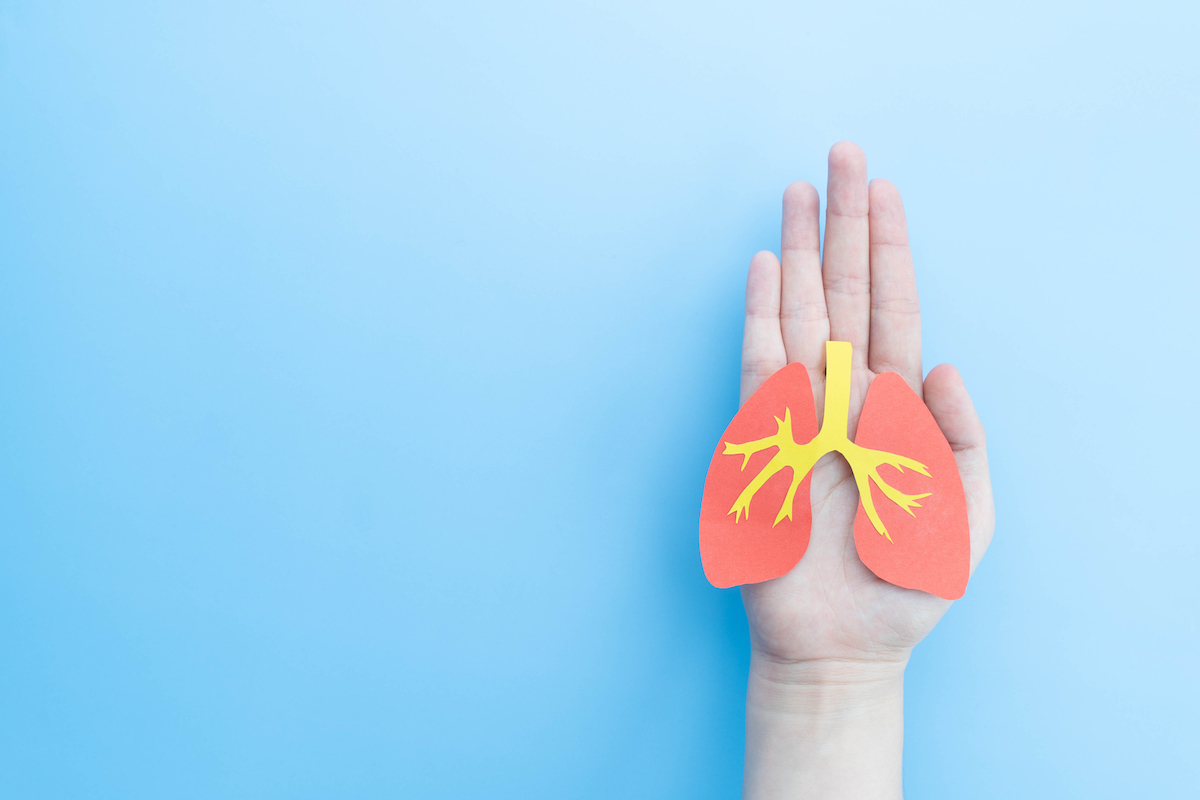 Whether you’re a current or former smoker — or if you’ve never smoked at all — here are essential lung cancer facts everyone should know.

You probably know that smoking causes lung cancer, but even if you don’t smoke or you’ve already quit, there’s more to consider. Why? Lung cancer is the second most common cancer in men and women in the United States — and it doesn’t just affect people who have smoked. Read on to learn who’s at risk, early symptoms and other key lung cancer facts.

1. Lung cancer can be deadly — but more people are surviving than ever before.

Lung cancer has earned a reputation for being one of the most serious types of cancer, and for good reason: With 22% of all cancer deaths attributable to it, lung cancer is the leading cause of cancer death.

Why is it so deadly? According to Jorge J. Nieva, MD, a medical oncologist at Keck Medicine of USC, who specializes in lung cancer at USC Norris Comprehensive Cancer Center, it’s primarily due to the fact that lung cancer is rarely detected early, and people who develop it are often frail.

“Many lung cancer patients are older, with an average age over 70 in the United States,” explains Nieva, who is also an associate professor of clinical medicine at the Keck School of Medicine of USC. “Additionally, because many lung cancer patients were smokers in the past, they can also experience other complications from tobacco use, such as emphysema and heart disease.”

But, as more people give up smoking — and early detection and treatment strategies improve — the outlook is becoming more hopeful. Both the incidence of new lung cancer cases and lung cancer deaths have been trending downward over the last decade.

You might also feel tired or have chest pain, shortness of breath, wheezing or even cough up blood. Unfortunately, though, once you’ve experienced these symptoms, you may already have advanced lung cancer.

“By the time these symptoms occur, the cancer has often already spread,” Nieva says. “Only about 20% of patients in California are diagnosed with early stage lung cancer — which is when it can be easily cured with surgery.”

Lung cancer screening using a low-dose CT scan is a good way to catch lung cancer early in people who are at higher risk.

“We now know that for current or former smokers who are 55 to 74 years old, screening with low-dose CT scans saves lives — in fact, patients who are screened are 20% less likely to die from lung cancer than people who are not screened,” Nieva says.

But despite the fact that lung cancer screening saves lives, Nieva points out that not enough people are taking advantage of it.

If you’re a current or former smoker, ask your doctor about low-dose CT screening.

4. There are other risk factors for lung cancer besides smoking.

Linked to 80%-90% of lung cancer deaths, smoking is by far the biggest risk for developing lung cancer — but it’s not the only one. In fact, up to 20% of people who die every year from lung cancer in the United States have never smoked, according to the American Cancer Society.

“There are a number of other risk factors for lung cancer, including secondhand smoke and radon gas exposure,” Nieva says.

The second most common cause of lung cancer, radon, is a natural gas in the ground that can leak into houses. The Centers for Disease Control and Prevention estimates that 1 in 15 homes in the United States may have high levels of radon.

Other risks can occur if you’ve been regularly exposed to asbestos, arsenic (which can also be found in drinking water), diesel exhaust or certain other chemicals. If you’ve ever had radiation therapy to the chest, you may also have an increased risk.

“Family history plays a role as well, especially if you have people in your family with lung cancer who have never smoked,” Nieva says.

5. Cases in younger people and nonsmokers are rising.

Although most cases of lung cancer occur in older adults, that demographic is changing.

“In recent years, we’ve seen an increase in lung cancer cases among people under 50, and in people who are lifelong nonsmokers,” Nieva says. “For nonsmokers with lung cancer, women are at higher risk than men for reasons that we don’t totally understand, though there is active research underway at Keck Medicine to better understand this observation.”

Recent research has also shown that younger women appear to be more at risk than younger men, but scientists don’t yet know why.

As more and more advances have been made in lung cancer treatment, people with lung cancer have better options.

“In recent years, we’ve seen a shift away from chemotherapy and increasing use of immunotherapy and targeted treatments — this is great news for lung cancer patients because we are able to rely less and less on treatments that have a lot of side effects,” Nieva says. “This means that no matter how frail a lung cancer patient is, there is a good chance that we will have a treatment available that they will be able to handle.”

Dr. Wightman is a thoracic surgeon at Keck Medicine of USC, who specializes in lung and esophageal cancer surgery, and...
Read more

How Dangerous Is Secondhand Smoke?

Passive smoking can be more damaging to your health than you might think. Considering the clear risks associated with smoking,...
Read more

Most people associate lung cancer with smoking, but the fact that you don’t smoke doesn’t mean you’re not at risk...
Read more

What Happens to Your Body, When You Take a Puff...

You may already be familiar with the dangers of smoking, but can one cigarette have an impact on your health?...
Read more

10 Blood Pressure Myths and Facts You Need To Know

Does drinking alcohol raise blood pressure? What are the signs of high blood pressure? Find out the answers — and...
Read more
navigate_before Previous navigate_next Next
calendar_todayRequest an Appointment phoneCall Us: (800) USC-CARE searchFind a Provider placeFind a Location