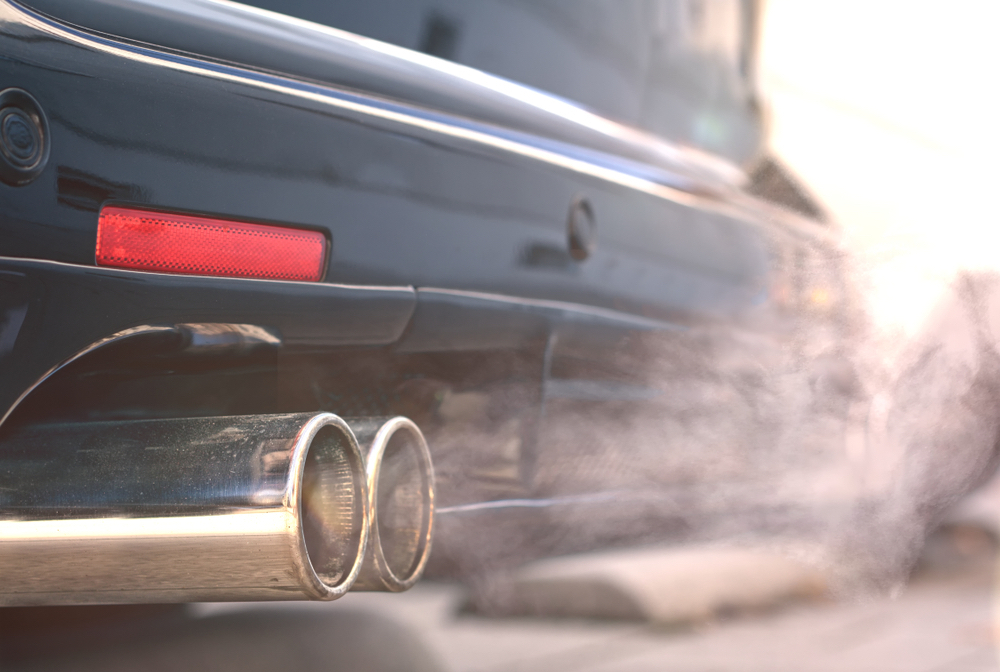 Most people associate lung cancer with smoking, but the fact that you don’t smoke doesn’t mean you’re not at risk for developing it.

While it’s true that up to 90% of all lung cancer deaths in the United States are linked to smoking, hidden risks are also contributors. Read on to learn more about these lesser-known risk factors.

Radon, a radioactive gas that occurs naturally as uranium, radium and thorium break down in rocks and soil, is the leading cause of lung cancer in people who have never smoked and is the second-leading cause of all lung cancer. According to the Environmental Protection Agency (EPA), about 21,000 lung cancer deaths in the U.S. each year are caused by radon.

Odorless and colorless, the gas can collect in poorly ventilated, enclosed spaces. Depending on local geology, radon gas can also dissolve into groundwater. As that groundwater is used, radon can be carried on the air. When inhaled, it increases your risk of lung cancer. If you’re exposed to radon gas and you’re also a smoker, your risk is significantly higher.

Radon is present in very low levels in the air, but it becomes dangerous when it enters homes or buildings through cracks in floors, walls or foundations, and accumulates. The EPA recommends testing for radon levels in your home with an inexpensive detection kit.

“The highest levels of radon gas are found in homes with basements, which are uncommon in Los Angeles,” says Jorge Nieva, MD, an oncologist at Keck Medicine of USC and associate professor of clinical medicine at the Keck School of Medicine of USC. “If your home tests positive for unsafe levels of the gas, the usual solution is to improve ventilation in the affected areas, seal cracks in the foundation and walls, and vent the gas outdoors.”

Outdoor air pollution poses the greatest environmental lung cancer risk, according to the World Health Organization (WHO), due to the high number of people exposed to it every day. Diesel engine exhaust, solvents, metals and dust are all components of air pollution. Particulate matter, or very small solid particles and liquid droplets in the air, have been deemed carcinogenic in their own right. These particles can include dust, smoke and chemicals.

To reduce your exposure to environmental pollution, the American Lung Association recommends checking the air quality index forecast for the day, and if pollution levels are high, limiting your outdoor activity. In addition, you shouldn’t jog, run or bike along highways with heavy traffic, even if the air quality forecast is good.

Genetics play a role in lung cancer, as they do with other types of cancer. If an immediate relative — a brother, sister or parent — has had lung cancer, particularly if they were diagnosed when they were young, you may have a slightly higher risk of developing it yourself. But there’s no clear evidence as to how much of that risk can be attributed to family genes and how much to shared household exposure to cancer-causing compounds, like tobacco smoke. Remember, if there is lung cancer in your family, you’re not inheriting the disease; you’re inheriting an increased risk of it. Not everyone with a family history will develop lung cancer.

“Hereditary lung cancer is exceedingly rare,” Nieva says, “but if you have two or more close relatives who have had lung cancer, you should discuss genetic testing with your doctor or genetic counselor.”

Asbestos is a known carcinogen. Its fibers can be inhaled and lodge deep in the lungs, causing ongoing irritation that can lead to scarring. The material was once popular for insulating homes and buildings, but the EPA began banning products containing asbestos in the 1970s. Asbestos may still be present in older structures, however, so people working in construction or renovating homes should take precautions to avoid exposure. If you know you’ve been in contact with asbestos, assess your level of exposure with your doctor, who may recommend regular lung cancer screenings.

“The good news is that there are very few new cases of lung cancer caused by asbestos,” Nieva says. “Most of the patients we see were exposed before 1980.”

Whether you’re a current or former smoker — or if you’ve never smoked at all — here are essential lung...
Read more

Dr. Wightman is a thoracic surgeon at Keck Medicine of USC, who specializes in lung and esophageal cancer surgery, and...
Read more

How Dangerous Is Secondhand Smoke?

Passive smoking can be more damaging to your health than you might think. Considering the clear risks associated with smoking,...
Read more

Dr. David is a general surgeon at Keck Medicine of USC, who specializes in thoracic and cardiothoracic surgery and lung...
Read more

Dr. Uttam Sinha Talks About Holistic Cancer Care at the...

Rod Hanners, CEO of Keck Medicine of USC, talks with the director of the USC Head and Neck Center. “Conversations...
Read more
navigate_before Previous navigate_next Next
calendar_todayRequest an Appointment phoneCall Us: (800) USC-CARE searchFind a Provider placeFind a Location