6 Myths About the Flu Shot 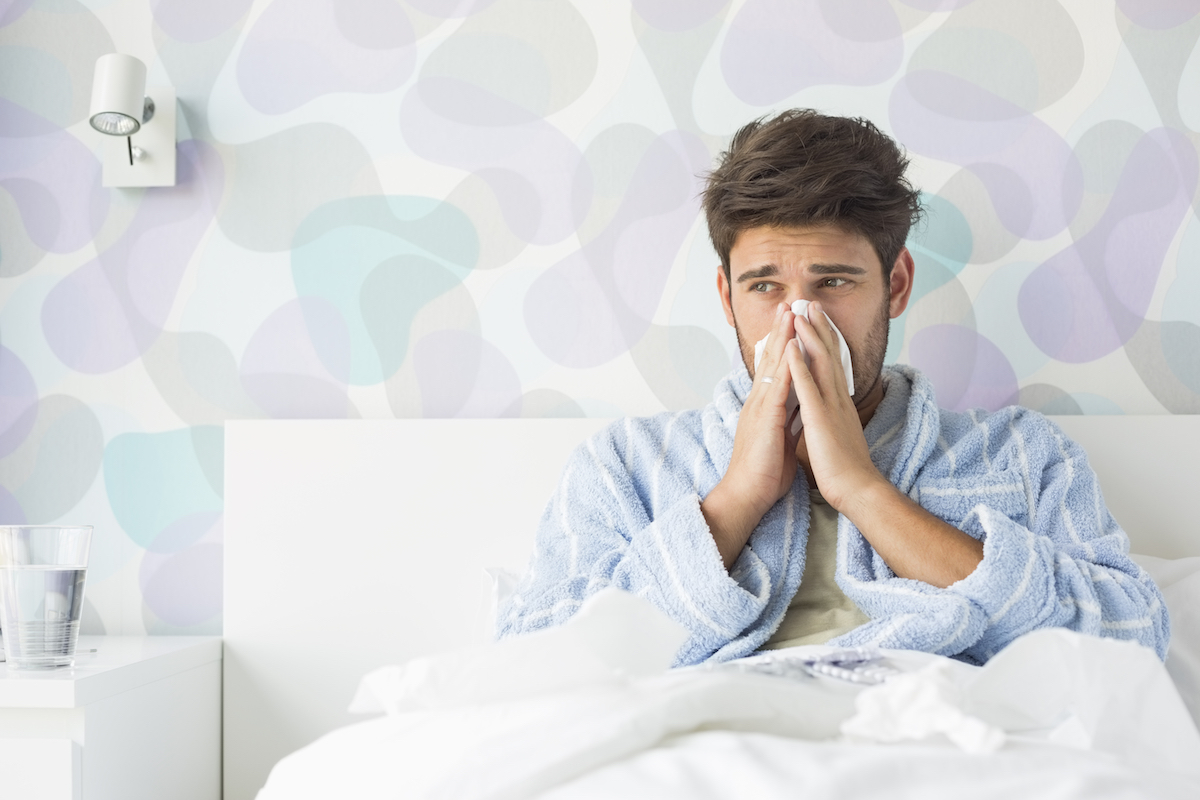 Flu season has officially started, but not everyone has been vaccinated yet. We share the facts behind some of the most common misconceptions about the flu shot.

There are just as many myths, half-truths and questions swirling around about the flu vaccine as there are people infected with the virus. Protect yourself from influenza by getting vaccinated and understanding why it’s an important component in your overall well-being.

This is probably the most common and widely spread myth about the flu shot out there, so if this is your concern, you’re in good company. However, the flu shot definitely does not make you sick. It’s made from inactivated flu viruses, which are present in the vaccine but are not infectious, or proteins from a flu virus. The vaccine causes antibodies that protect against the influenza virus to develop about two weeks after the vaccination.

When people say they get “sick” after a flu shot, it’s more likely to be a respiratory virus that spread through the community at the same time the flu vaccines were being given. Exposure to a different flu virus, other than the vaccine virus, or exposure to the flu before vaccination can also account for flu-like symptoms.

Though some people may experience mild side effects after getting a flu shot, such as redness or tenderness at the injection site, a low-grade fever, headache or muscle aches, the vaccine provides you with immune protection and helps reduce the severity of the symptoms and risk of hospitalization caused by the actual flu illness.

Figuring out the exact three or four strains to vaccinate against does involve some guesswork, and the scientists don’t always get it right. So, it is possible to get the flu shot and still get the flu. The Centers for Disease Control and Prevention (CDC) estimated that the flu shot for the 2019-2020 season was about 39% effective. Still, the shot is your best defense against the flu, and if you do get it, chances are it will be a milder case and last for a shorter amount of time than if you didn’t get the shot.

Myth #3: The flu shot is only for kids and elderly people.

It is especially important for children and other groups of people with weaker immune systems, including the elderly and pregnant women, to get the flu shot. Studies have shown that children who had the flu shot were 74% less likely to be hospitalized for the flu. People aged 50 and older reduced their risk of hospitalization from the flu by 40% when they got the flu shot. The CDC recommends everyone 6 months and older get a flu shot, with rare exceptions.

Getting a flu shot may help protect you and those you love from influenza, through herd immunity — the more people vaccinated, the less likely a disease is to spread within a community. So, if more people get their flu shot, it helps protect everyone, especially those who are more vulnerable to serious flu illness.

Myth #4: If you don’t like needles, you can get the flu nasal spray.

Myth #5: If you’re allergic to eggs, you can’t get the flu shot.

While that was true in the past, the current CDC recommendations are that you can get the flu shot, with one caveat. If you get light-headed or have breathing problems after eating eggs, you should get the shot at your doctor’s office or a medical clinic. If you get hives and don’t have other symptoms, it’s okay to get the flu shot in any setting, including your office (if your employer offers it) or at a drugstore. In some cases, an eggless flu shot is available.

It takes two weeks for the effectiveness of the flu shot to kick in, and in the past, the flu season has lasted all the way through May. Though the flu is unpredictable, and seasons can vary, vaccinations can still be beneficial, as long as flu viruses are circulating.