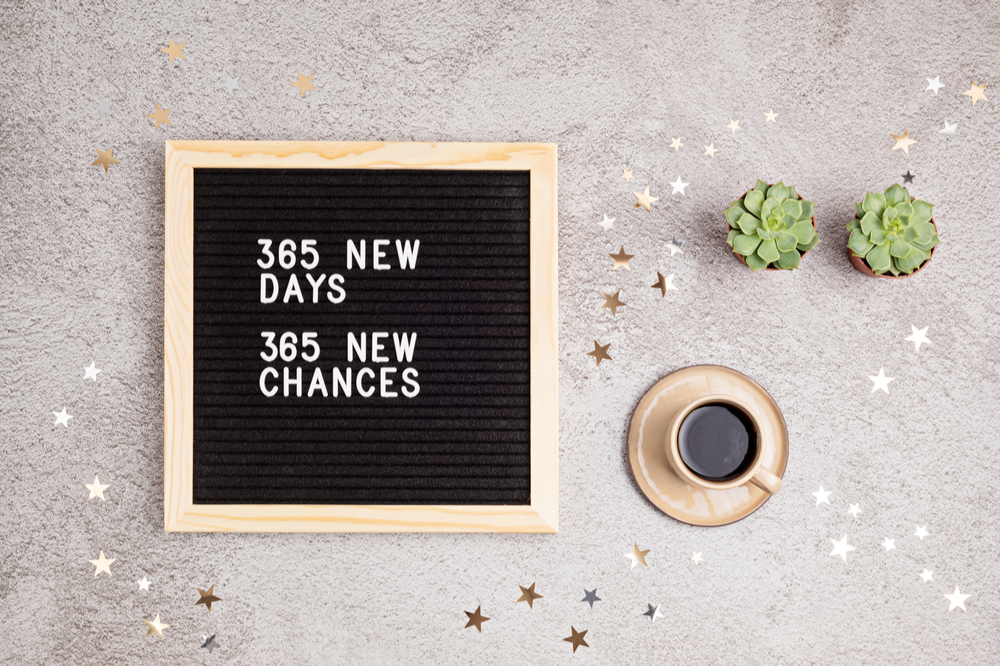 Have you ever wondered what a medical professional would recommend as a New Year’s resolution?

When the clock strikes midnight and ushers in January 1, many celebrate by setting resolutions and goals to be pursued in the 364 days ahead. Indeed, the start of a new year can be an opportunity to take on new challenges, make changes and incorporate activities that can be beneficial to our overall well-being.

In the spirit of the season, we asked our physicians — specialists in psychiatry, emergency medicine, primary care and urology — to share the resolutions they recommend based on their expertise. If you’re still undecided on your New Year’s resolutions, here are a few doctor-approved goals to consider.

1. Embrace the power of a smile

What power lies behind a smile? It’s a question that has launched discussions of every ilk, from the philosophical to the scientific and beyond. In fact, the science of facial expressions (and body language) is a field that drives a wide spectrum of scholarly debate and scientific research.

“My New Year’s resolution is to make a conscious effort to smile more,” shares Armand Dorian, MD, an emergency medicine specialist and chief medical officer at USC Verdugo Hills Hospital and associate professor of clinical emergency medicine at the Keck School of Medicine of USC.

And though the simple act of smiling may, at first glance, seem to be just that – simple – researchers have found evidence that points to both the physiological and psychological benefits of smiling.

A 2018 study found that receiving certain smiles — in particular those designated as “reward” and “affiliation” smiles — helped test subjects mitigate their response to stress and impacted heart rate and cortisol levels.

Even Charles Darwin offered theories on the matter. In his work, “The Expression of the Emotions in Man and Animals,” he examined the links between our emotions and our expressions, and theorized that not only do emotions impact expressions, but the reverse is also possible: our expressions can influence our emotions. Stated more directly, smiling may help you feel better.

“Smiling helps in so many ways, including reducing stress, strengthening your immune system, decreasing your blood pressure, making you look better, giving you confidence, creating resilience to daily challenges, and finally, it is contagious,” adds Dorian, echoing the general findings about the positive impact of turning a frown upside down.

The demands of modern living can make the siren song of procrastination all the more enticing. In fact, according to several surveys on the subject, approximately 20% of adults admit to procrastinating at one time or another.

Although the root causes behind procrastination remain a subject of debate among researchers, most agree that the end result is generally the same: The short-lived relief of avoiding an assignment, chore or goal can be quickly overshadowed by the added anxiety, stress, pressure and guilt procrastination can add to our lives.

Steven Siegel, MD, PhD, a psychiatrist at Keck Medicine of USC and professor and chair of psychiatry and the behavioral sciences at the Keck School, suggests we also evaluate what procrastination may be siphoning from our lives.

“Procrastinating may result in missed opportunities to do something important, for yourself and for others,” Siegel explains.

So if you’re eager to carpe diem in the new year, “try not to leave for tomorrow whatever can be done today,” he adds.

Taking the time to practice some self-care and spending time with loved ones are among the resolutions that Mary Samplaski, MD, a urologist at Keck Medicine and an assistant professor of clinical urology at the Keck School, hopes to share with her patients and also incorporate into her own life in the coming year.

Samplaski, a male infertility specialist, explains that helping couples fulfill their hopes of expanding their families offers both inspiration and perspective.

“In my job I help couples have babies. Struggling with infertility can be stressful on the relationship, but it can also be incredibly rewarding and may even bring couples closer. And when a couple brings in a baby wrapped like a burrito, and I see the joy on their faces (sometimes mixed with fatigue)…it makes all of the struggles worth it,” she says.

According to Samplaski, helping her patients navigate their journey also serves to keep her own loved ones top of mind.

“At so many times in talking with these couples, I am reminded of my parents. They probably had that same excitement for me. They did everything they could to provide for me, give me the things that made me most happy, the tools to succeed in life, and (as my mom likes to say) ‘the wings to fly.’ In short, they were and are amazing.”

“With this in mind, my New Year’s resolution is to have a meal with my parents at least once per week — either one or both of them. Since they live in Wisconsin, most will be virtual meals (which means I can’t be surfing the net concurrently), but we have promised to set aside time to talk and laugh, and stay connected, over a meal every week.”

Although scheduling an annual medical checkup may seem too easy to be a bona fide resolution, making your health and general well-being a priority is a goal worth considering.

“We should make a resolution this year to get in our annual physical or wellness visit and complete our appropriate cancer screenings,” advises Carolyn Kaloostian, MD, MPH, a family medicine and geriatric medicine specialist at Keck Medicine and clinical assistant professor of family medicine (clinician educator) at the Keck School.

While a yearly general checkup is pretty standard for people of all ages, the need for more specialized screenings and examinations may be based on several factors, including age, gender and family history. Your primary care provider can help you figure out what additional health screenings you may need.

In tandem with placing a premium on getting an annual exam, Kaloostian also highlights the importance of “increasing joyous physical activity and embracing our loved ones while we can.”