Refer a Patient Request an Appointment 800 USC-CARE Donate myUSCchart
Home / Blog / Orthopedics / What Do I Need To Know About Carpal Tunnel Syndrome?
Orthopedics

What Do I Need To Know About Carpal Tunnel Syndrome? 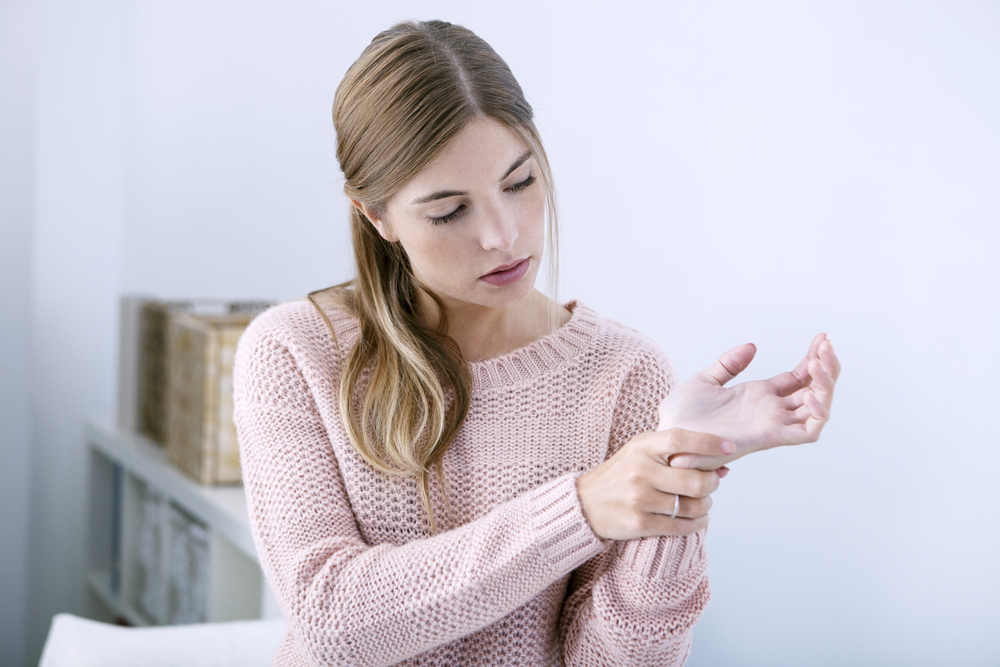 It can cause pain, numbness and tingling in your fingers and hands. Find out who’s at risk and how it’s treated.

Chances are, you’ve heard of carpal tunnel syndrome, a common disorder that affects almost 2 million people in the United States. But do you know who’s more likely to develop it or how it’s treated? Read on to learn more.

One of the major nerves to the hand, the median nerve, runs from your forearm through a narrow passage in your wrist, called the carpal tunnel, then down into the palm of your hand. The nerve provides feeling to all of your fingers, except your little finger, and controls some muscles at the base of your thumb. When the nerve becomes pressed or squeezed at the wrist, you may start to experience numbness, weakness or pain in the hand, wrist, forearm and arm. You might even drop things, due to a decrease in grip strength.

People with diabetes, rheumatoid arthritis and thyroid disease are also at risk.

“Research has shown that people with diabetes are up to four to six times more likely to have carpal tunnel syndrome,” says Rachel Lefebvre, MD, an orthopedic hand surgeon at Keck Medicine of USC and assistant professor of clinical orthopedic surgery at the Keck School of Medicine of USC.

Once you’ve been diagnosed with carpal tunnel syndrome, your doctor may suggest a nonsurgical or surgical treatment plan.

Nonsurgical treatments can include:

“For some patients, a splint worn at night can be the initial, and sometimes only, treatment,” Lefebvre says. “For other patients, surgery is recommended right away. This all depends on the severity of the condition and how significant the nerve compression is.”

Carpal tunnel surgery is a same-day procedure that involves cutting the carpal ligament that is causing pressure on the median nerve.

“This is like taking the roof off a building where the people are too tall inside,” Lefebvre explains. “It creates room for the contents of the carpal tunnel to expand out the top and stop being compressed.”

“Some surgeons use very small incisions and a camera to look inside the wrist,” Lefebvre says. “Others use a larger incision and directly look at all the structures. The most important part of the surgery — however it’s done — is to make sure the tight ligament is completely released.”

For some people, their hands will feel completely normal after surgery. Other people may have some symptom improvement, while some will have no improvement at all.

“It’s important to know that if your numbness is constant before the surgery, it often does not completely resolve after having carpal tunnel release,” Lefebvre explains. “If you have constant numbness or severe carpal tunnel syndrome, surgery can still be a good idea — to stop the progression of the disease.”

8 Signs You May Need a Knee Replacement

This common procedure can help reduce pain and restore your ability to move better. But how do you know when...
Read more

Dr. Weber is an orthopedic surgeon at Keck Medicine of USC, who specializes in sports medicine, arthroscopic surgery and shoulder...
Read more

Everything You Need To Know About a Torn Meniscus

The knee plays an important role in your mobility, but this common injury can lead to a host of symptoms,...
Read more

Sitting for hours on end can be a part of modern life, but sometimes, it can lead to back problems....
Read more

Is Arm Numbness and Tingling Ever Cause for Concern?

Numbness and tingling in your left arm or right arm isn’t always caused by poor body mechanics. Read on to...
Read more

Is There Relief for Sciatica?

Do you feel a sharp, knifelike pain radiating down your leg or an ache in your lower back? It may...
Read more
navigate_before Previous navigate_next Next
calendar_todayRequest an Appointment phoneCall Us: (800) USC-CARE searchFind a Provider placeFind a Location