Nerve Pain: Is It Different From a Headache? 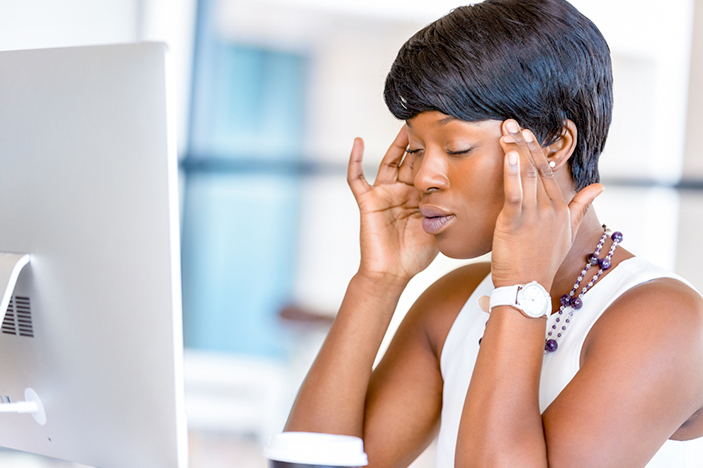 That nagging headache may not be a headache at all, but nerve pain caused by inflamed occipital nerves.

You have probably experienced a headache or even a migraine at some point in your life, but would you know the difference between a headache and nerve pain? Occipital neuralgia mimics the symptoms of a headache but is actually caused by inflamed occipital nerves.

What is the difference between occipital neuralgia and other headaches?

There are four categories of primary headaches:

If your headache pain isn’t described above, you may have occipital neuralgia. According to a study coauthored by Soma Sahai-Srivastava, MD, division chief of the USC Headache and Neuralgia Center at Keck Medicine of USC and clinical professor of neurology at the Keck School of Medicine of USC, if you have a migraine, you also should also be screened for occipital neuralgia, as the symptoms can be similar.

What is occipital neuralgia?

Occipital neuralgia is caused by trauma to or infection of the occipital nerves, oftentimes, because of a head injury or pinched nerve. The pain feels like a migraine, with burning and throbbing pain behind the eyes accompanied by shooting pain that starts at the base of the skull and radiates upward to the top of the head. At times the pain will appear on one side of the head.

How is occipital neuralgia diagnosed?

Your doctor will ask you about your medical history and any injuries to your neck or spine. A physical exam can determine whether pressure on the occipital nerve elicits pain. Other tests may include an MRI scan and an injection nerve blocker to see if there is any relief.

How is occipital neuralgia treated?

Treatment includes rest, massage and heat to the affected area and neck. Anti-inflammatory medications, such as muscle relaxers, can often relieve the symptoms. More aggressive treatments include occipital nerve blockers that provide instant relief with a few side effects, such as dizziness and lightheadedness.

If you have severe headaches, consult the experts at the USC Headache and Neuralgia Center at Keck Medicine.

Dr. Koushik is an anesthesiologist at Keck Medicine of USC, who specializes in pain medicine. Here’s what you won’t find...
Read more

If it hurts in your mid-back region on either side of your body, it could be a pulled muscle —...
Read more

This Common Condition Could Explain Your Back Pain

Severe or long-lasting back pain may be a sign of degenerative disc disease, which can affect your quality of life...
Read more

Sitting for hours on end can be a part of modern life, but sometimes, it can lead to back problems....
Read more

Do you know which part of the country is nicknamed the “Stone Belt”? Find out this and other fascinating facts...
Read more

In the summer of 2016, Laura Priest’s busy life came to a halt, when a ruptured brain aneurysm landed her...
Read more
navigate_before Previous navigate_next Next
calendar_todayRequest an Appointment phoneCall Us: (800) USC-CARE searchFind a Provider placeFind a Location