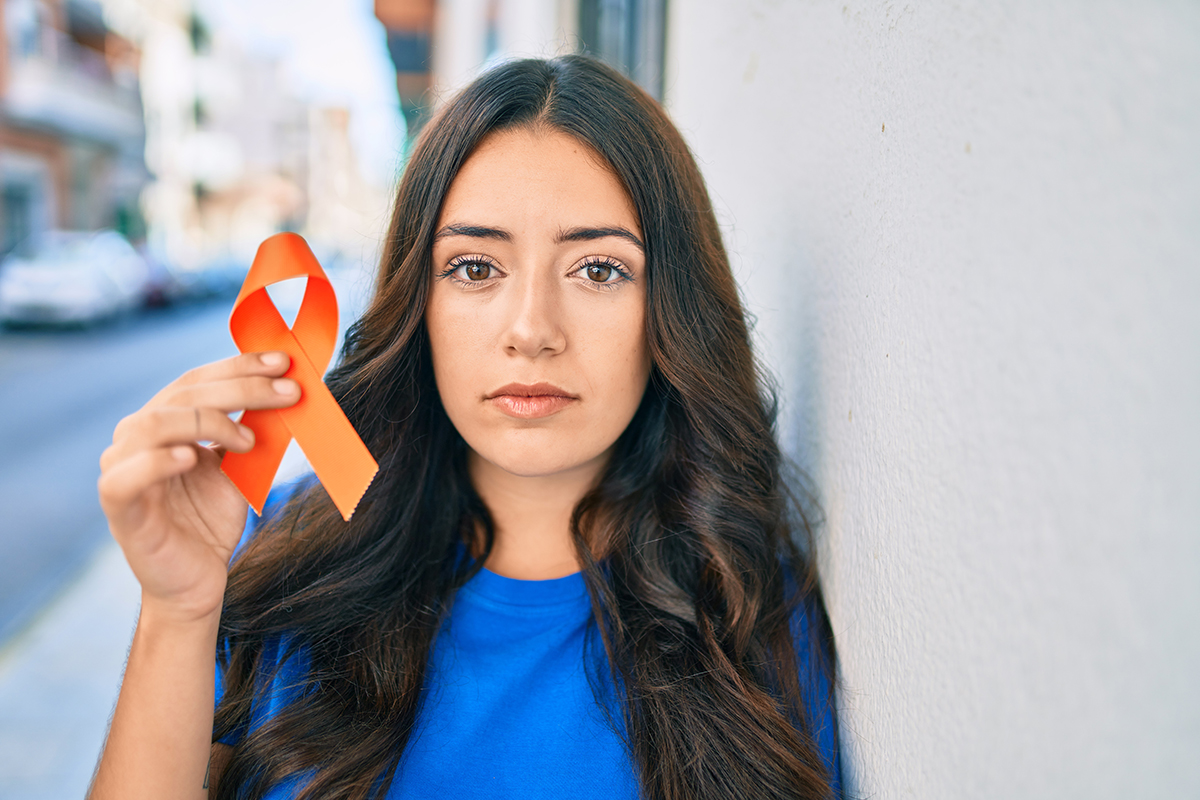 Did you know that multiple sclerosis (MS) is the most common neurological disease among young adults? Learn more, including MS symptoms, risk factors and treatment options.

Multiple sclerosis (MS), a condition that impacts the body’s central nervous system, is the most prevalent disabling neurological disease among young adults, and it’s estimated that over 2.5 million people worldwide have the condition.

Early symptoms of MS, which may include vision problems, muscle weakness, balance issues and more, typically develop between the ages of 20 to 40. Although people diagnosed with MS generally experience mild symptoms, in the most severe cases, they may lose the ability to speak, write or walk.

Learn more about who’s at risk of developing MS, how the condition is diagnosed and what treatment options are available.

Multiple sclerosis is a chronic, neurological disease that affects the central nervous system, which includes the brain, spinal cord and optic nerves. In people with MS, the immune system mistakenly attacks myelin, a substance that covers and protects nerve cells. Over time, this damage affects the brain’s ability to control the body, resulting in symptoms associated with MS.

“Approximately 1 million Americans are currently living with MS. In people with the condition, communication is disrupted within the brain and between the brain and body,” says Daniel Pelletier, MD, division chief, neuroimmunology and the USC Multiple Sclerosis Comprehensive Care Center at Keck Medicine of USC and professor of neurology at the Keck School of Medicine of USC.

Although we understand how MS can impact a person’s health, the cause of the condition remains unknown.

Why is an MS diagnosis difficult to reach?

In addition to not knowing what causes MS, diagnosing the condition can also present challenges for patients and physicians alike.

Some early symptoms of MS, for example, can be nonspecific, seemingly temporary or associated with other neurological conditions, which can make reaching a diagnosis difficult.

Currently, there’s no specific test that can determine whether or not a patient has MS. Instead, doctors rely on a comprehensive evaluation of a patient’s symptoms and other tools to assist in reaching a diagnosis.

“Physicians typically use a strict set of criteria to diagnose MS that involves a combination of clinical symptoms, neurological signs and MRI scans to identify abnormalities. We can also look for the presence of inflammatory markers detected in the spinal fluid,” Pelletier explains.

What are the symptoms of MS?

Muscle weakness, tingling or numbness in the arms or legs are just a few of the symptoms associated with the onset of MS. However, signs and symptoms can differ from person to person, range from mild to severe and vary in duration. Though it can be difficult to predict how MS will affect each individual, most people will generally experience the onset of symptoms between the ages of 20 to 40. Pediatric onset is seen in about 10% of the cases.

Other common symptoms of MS may include:

Although the majority of people diagnosed with MS experience mild symptoms, in some rare instances, the condition may lead to more severe issues, such as not being able to speak, write or walk.

What are the different types of MS?

Even though it can be challenging to pinpoint the range of symptoms someone with MS may develop, knowing which specific type of MS they have can help in terms of understanding the possible progression and severity of the disease.

According to the National Institute of Neurological Disorders and Stroke, MS can be divided into different subtypes.

Who’s at risk of developing MS?

As researchers continue their efforts to discover the root cause of MS, there are some known factors to consider if you’re concerned you may be at risk.

Although anyone can develop MS, women are more than twice as likely as men to be diagnosed with the condition. You’re also at a higher risk if you have a family history of MS or if you have an autoimmune condition, like Type 1 diabetes or thyroid disease. MS is also more prevalent among white people and inhabitants of certain geographic regions, including the northern United States and southern Canada.

How is MS treated?

An MS diagnosis can be challenging for many reasons, not least of which is the fact that the chronic condition has no cure. However, treatment options for MS, such as physical therapy, occupational therapy and medications to reduce inflammation, may help people manage their symptoms.

“MS is treatable. Health care providers have over 20 different disease-modifying therapies at their disposal to significantly reduce the evolution of the disease,” Pelletier says.

Talk to your doctor about which MS treatment therapies may be right for you.