How Cell Yell Could Be Harming Your Voice 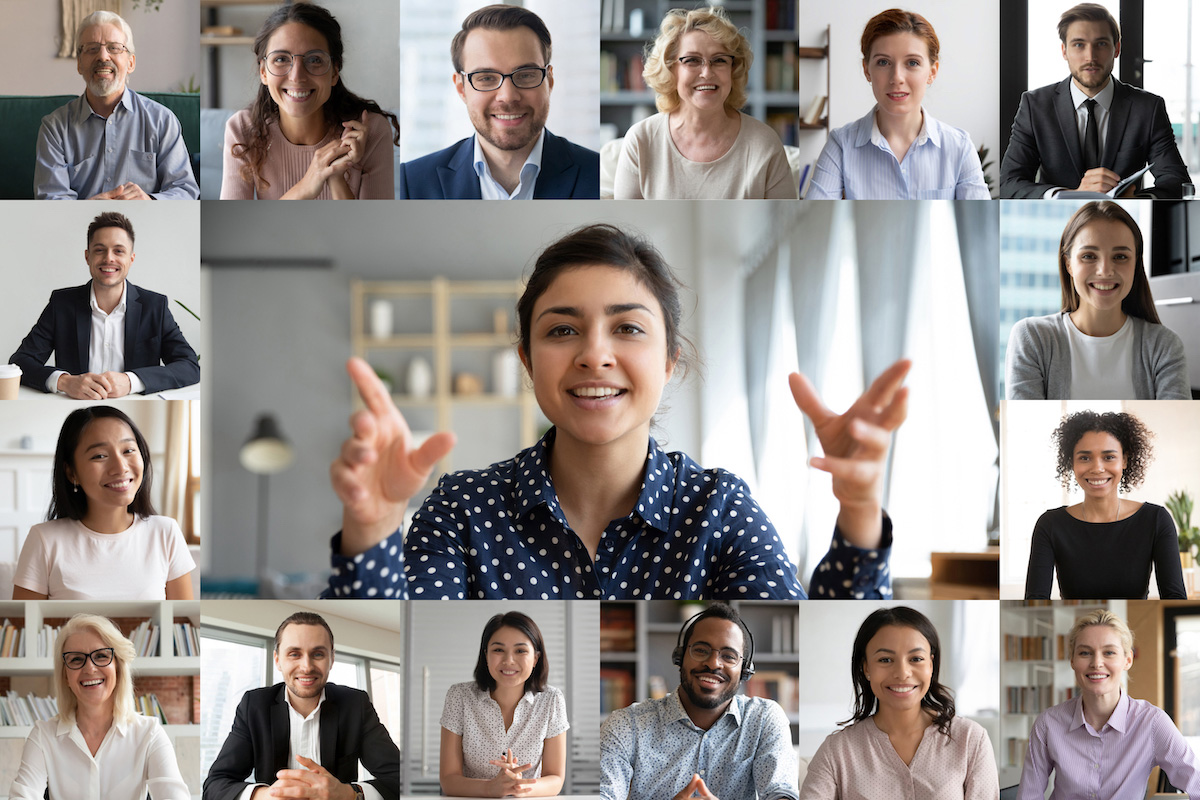 It’s not just talking on your cell phone — all those conference calls and virtual meetings may also be taking a toll on your vocal cords.

We’ve all heard someone talking loudly on their cell phone in public, but chances are we’ve all been guilty of it, too. This phenomenon, sometimes referred to as “cell yell,” isn’t just irritating to listen to — it can actually harm the speaker’s vocal cords. Here’s why we do it and how to keep our voices healthy during calls and virtual meetings.

What is cell yell, and why do we do it?

In fact, one small study found that people on the phone or video calls talk with more than four times the vocal intensity as they do with in-person conversations.

“One reason we talk louder over the phone or on a video call is because there’s more background noise we’re trying to be heard over,” according to Timmons Sund. “We also may not be able to hear ourselves talk very well, and the psychological perception of greater distance from the listener may cause us to raise our voices too,” she adds.

How can cell yell damage your voice?

Our voice works as air from our lungs is passed through our vocal folds, also called vocal cords, which are two bands of muscle on either side of the larynx, or voice box, in our throats.

“Talking louder than usual for extended periods of time increases your risk of injury to the vocal folds, which can result in vocal fatigue and hoarseness,” Timmons Sund says.

“With so many people working virtually now, this phenomenon appears to be on the rise,” according to M. Eugenia Castro, CCC-SLP, a speech pathologist at the USC Voice Center at Keck Medicine.

“At the USC Voice Center, we are seeing more patients who are noticing voice problems related to more frequent and longer virtual communications, such as vocal fatigue and strain, feeling tension or a lump in the throat or voice changes,” Castro says.

And you might not even realize you’re hurting your voice until after it happens.

“Unlike in other areas of the body, voice hoarseness typically occurs without the warning sign of pain, and people tend to push their voice out — leading to further injury to the vocal folds,” says Michael Johns III, MD, otolaryngologist at Keck Medicine, director of the USC Voice Center and professor of clinical otolaryngology – head and neck surgery at the Keck School of Medicine of USC.

How is cell yell different from regular laryngitis?

Voice hoarseness and laryngitis can occur when you’re sick with a cold, but losing your voice from cell yell isn’t the same.

How you can protect your voice

If you’re spending a lot of time talking on the phone or on video calls, Castro recommends taking the following steps to protect your voice against damage:

How do you know when to see a doctor?

If you’ve lost your voice or experience voice changes, start by resting your voice and don’t push to get sound out.

“Most of the time, acute laryngitis and voice use–related vocal cord trauma resolve on their own with voice rest and time — within a week or two,” Johns says. “Hoarseness or voice change lasting longer than two weeks is not normal and needs to be evaluated; similarly, frequent episodes of loss of voice are concerning,” Johns says.

Evaluation is straightforward and done comfortably in the office, using a specialized procedure called laryngeal videostroboscopy, Johns explains. This includes inserting tiny cameras in your throat and nose to view your vocal folds.

If you are experiencing voice symptoms, such as vocal fatigue or voice changes, voice therapy can help you find a more optimal way to produce your voice rather than straining your throat.

Emmy-Nominated Filmmaker Faces Loss of His Voice 20 Years After

Bill Brummel underwent a laryngectomy because of the irreversible effects of cancer-combatting radiation, but the experience gave him the courage...
Read more

Michael Johns III is an otolaryngologist at Keck Medicine of USC, who specializes in laryngology, and voice, swallowing and airway...
Read more

Is Your Voice Changing Due to Acid Reflux?

Acid reflux can cause a whole host of symptoms, but is it to blame for voice changes? Our voice specialist...
Read more

Dr. O’Dell is a laryngologist at Keck Medicine of USC, who specializes in hoarseness, swallowing disorders and airway stenosis. Here’s...
Read more